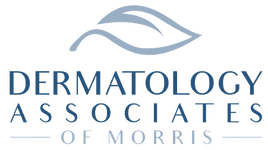 Phototherapy uses ultraviolet light to treat widespread psoriasis as well as other conditions that are unresponsive to topical medications. We have developed a program which was modeled after the outpatient phototherapy department at Columbia Presbyterian Medical Center. Ultraviolet light is administered in increasing amounts to the skin in a precise computer controlled fashion. As ultraviolet light rays penetrate into the skin, they produce changes which slow down the rapid growth of cells that is characteristic of psoriasis. Plaques flatten and become less scaly, and complete or nearly complete remission is often achieved within a 7-8 week period.

The Phototherapy Program occupies a private wing of Dermatology Associates of Morris' suite of offices. There are two full body light machines, private changing rooms with sinks and mirrors for grooming and a nursing station. Our facility is designed to provide a comfortable and user-friendly atmosphere for our patients.

Our phototherapy nursing staff consists of a dedicated team of friendly and approachable individuals who are well attuned to the concerns and needs of our patients. They are willing and able to provide assistance while they monitor patients' treatments and progress. A phototherapist is present during the entire treatment session and communication between staff and patients is encouraged.

Present in natural sunlight, UVB is an effective treatment for psoriasis. High energy light bulbs are used which emit ultraviolet B light rays. Treatments are initially administered approximately three times per week and then are progressively decreased in frequency once remission is achieved, usually after 20-30 treatments.

Like UVB, UVA is present in natural sunlight. Unlike UVB, it is relatively ineffective unless administered with a light sensitizing medication (psoralen). The psoralen is ingested 1-2 hours before the treatment. Treatments are initially given 2-3 times per week and are tapered upon remission, usually after 20-25 treatments.

In an attempt to accommodate most individual's busy schedules, appointments for phototherapy are available during late afternoons, early evenings and usually one or more mornings each week. Treatments are initially short, lasting less than one minute, but may eventually approach 10-20 minutes.

Find us on the map